Although the first six letters of “professor” makes it clear, the central duty of a professor is often misunderstood or forgotten. Professors are those with a distinctive point of view which, as experts in the field, are qualified to advocate for, argue, and teach. In other words, a professor is one who professes. In this blog, we openly express our own positions on issues in ethics, religious studies, and philosophy—our areas of expertise. 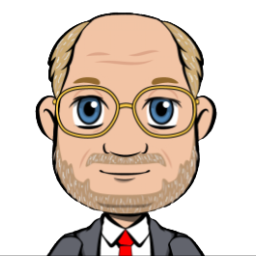 Joel J. Heim holds a Ph.D. in Social Ethics and a master's degree in Christian Theology. His areas of specialization include the ethics of war and peace, political and international ethics, public policy analysis, church and state issues, and technology and ethics. He is a life-long educator having served as a public high school teacher, religious educator, and college professor in the fields of religion, philosophy, and education at universities in California and Wisconsin. He has taught a wide range of religion and philosophy courses. Throughout his career, he has worked to become a master teacher.

As we celebrate Christmas, let us remember what we are celebrating. The manger scene would not have been the beautiful one we depict. Instead, a young couple of color with the woman about to give birth are on the road but can find no place to stay. And so they seek shelter, most likely in a cave, where someone kept animals. Nowhere does scripture say it is stable. And in this dark and dirty place, the time of birth comes. There is no doctor, nurse, or midwife to help with the delivery. Men did not help with such things in Joseph’s culture, and so he would have known nothing of what to do. But there was just Mary and him. As terrifying as it must have been, with the pain, with the dirt, and with the blood, somehow the birth was completed. But then, what to do with this child? They had some cloth bands, so they used them to wrap this new child and laid him in a trough from which animals feed.

"Joseph also went from the town of Nazareth in Galilee to Judea, to the city of David called Bethlehem, because he was descended from the house and family of David. He went to be registered with Mary, to whom he was engaged and who was expecting a child. While they were there, the time came for her to deliver her child. And she gave birth to her firstborn son and wrapped him in bands of cloth, and laid him in a manger, because there was no place for them in the inn." (Luke 2:4-7 NRSV)

Disclosure: Some of the links in this post may be 'affiliate links.' This means if you click on the link and purchase the item, I will receive an affiliate commission.

We encourage a civil discussion on the subject of this post whether you support or opposed the ideas of the post. However, all discussion submissions will be reviewed before they appear below. Please review our "Blog Comments Policy" before submitting a comment.

Keep up with the latest news and announcements from

Please log in again. The login page will open in a new tab. After logging in you can close it and return to this page.